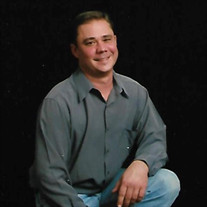 Charles Allen Moss, Jr., 48, of Brandon, Florida, born on March 5, 1973 in Tampa, entered into eternal rest on March 22, 2021. He was a member of the Knights of Columbus, and enjoyed collecting knives and watches, playing the violin, fishing,... View Obituary & Service Information

The family of Mr. Charles Allen Moss, Jr. created this Life Tributes page to make it easy to share your memories.

Send flowers to the Moss, family.