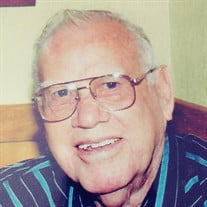 Franklin Brown Groome, 93, of Plant City, Florida, born in Ft. Pierce, on March 15, 1927, entered into eternal rest on November 9, 2020. During World War II, Frank (F.B.) joined the Navy in 1943 at the age of 16. His grandmother had to sign to allow him to enter. He served 7 years, upon returning, he settled in the Plant City area and married Mrs. Mellanee Brownlee Guice, who preceeded him in death on September 9, 2019 after 64 years of marriage. While living in Plant City during the mid-1950s he served on the Plant City Fire Department. He told many stories about this time and one of the fire trucks he drove was the 1927 truck on display in the new Plant City Fire Station on N. Park Road. He enjoyed working during vacation bible school and was affectionately known as the “Kool-Aid King.” He is survived by his children; Larry Guice (Janet) of Ft. Meade, Pamela Guice Butts (Larry) of Lakeland, son-in-law David Nalley of Plant City, Terry Groome (Penny) of Aurora, NC, Robert Groome (Joyce) of Prairieville, LA, and Kevan Groome (Peggy) of Belhaven, NC; 35 grandchildren, 32 great grandchildren, and 5 great-great grandchildren. He was preceded in death by his parents Barbara Groome Bland, Franklin Brown Groome, stepdad Franklyn Bland, daughter, Mellanee Gail Guice Nalley, and one sister, Ann Catherine Groome. The family would like to thank the nurses and staff at Solaris Healthcare Plant City for the love and care shown to both of our parents. A funeral service will be held on Friday, November 13 at 3:00 P.M. at Hopewell Funeral Home, 6005 South County Rd 39, Plant City, where the family will receive friends beginning at 2:00 P.M. Committal with military honors to follow at Hopewell Memorial Gardens, Plant City. Expressions of condolence at HopewellFuneral.com.

The family of Mr. Franklin Brown Groome created this Life Tributes page to make it easy to share your memories.

Send flowers to the Groome family.