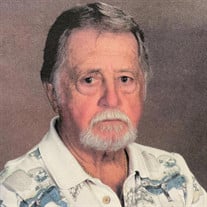 James “Jim” Edward Schrader, 86, of Lakeland, Florida, born in Canton, Ohio on September 13, 1935, entered into eternal rest on April 14, 2022. He was a member of Kathleen Masonic Lodge No. 338, and the Scottish Rite. He retired after 25 years of service as a fire fighter for Canton City Fire Department, 1964-1989. He enjoyed golfing, and was an avid fan of The Ohio State Buckeyes, and NASCAR. He was preceded in death by wife, Virginia Mae Schrader; grandson, Bryan Schrader; and parents, George and Mary Schrader. He is survived by children, Scott Schrader (Connie) of East Canton, and Stacey Thomas of Lakeland; grandchildren, Chris (Nikki), Summer, Autumn, and Hunter; and great-grandchildren, Addison, and Ashtyn. A memorial service will be held Monday, April 25 at 3:00 P.M. at Kathleen Masonic Lodge No. 338, 3933 1st Street NW, Lakeland, where the family will receive friends beginning at 2:00 P.M. Expressions of condolence at HopewellFuneral.com.

The family of Mr. James "Jim" Edward Schrader created this Life Tributes page to make it easy to share your memories.

Send flowers to the Schrader family.