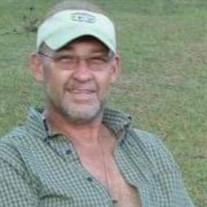 Robert Michael “Mike” Willis b. 10/1/63 Tampa, FL d. 1/16/21 Tampa, FL   On the evening of January 16, 2021, Mike passed away peacefully surrounded by loved ones at Lifepath Hospice in Tampa. Mike was 57 years old. Mike was born in Tampa, Florida on October 1, 1963. He was the oldest and only son of Robert Dolton Willis and Beverly Nesmith. Mike was a fun loving, hard working family man who was friendly and generous and will be missed by many friends and all family members. He will be remembered for his love of working on old cars and anything mechanical. He was so proud of his years working on cranes and heavy equipment all over the United States, Puerto Rico and Bermuda. He loved knives, fishing, air boating, yard sales, hog hunting and gator catching. He was an avid collector and believed one man’s trash is another’s treasure before that was popular. He loved John’s Pass, John Prine, his daughters, his grandma, his ’55 pickup, collecting rocks and finding arrowheads. Mike lost is battle with ALS after being diagnosed in 2020. Mike was preceded in death by his father, Robert Willis, his grandmother, Lucille Merlino, his grandmother, Gladys Gilley, and his infant son, Jeremiah Steven. Mike is survived by his daughters, Jessica (DJ) Rumore, Samantha (Craig) Baxter, Tyler Grace Willis, Danielle (Jeffrey) Murray and Miranda Willis, his six grandsons and granddaughter, his mother Beverly Taylor, sisters, Edwina Willis, Becky (David)Jones, and Faye (Shawn) Rachels, brother, Billy Wayne (Nicole) Kinchen, aunts, uncle, nieces, nephew and numerous cousins and lifelong friends. A memorial service will be held Friday, January 29 at 3:00 P.M. at Hopewell Funeral Home, 6005 South County Road 39, Plant City. For those unable to attend the service, it will be livestreamed at facebook.com/HopewellFuneral. The family gives special thanks to everyone who helped take care of Mike while he battled his illness including the nurses at Lifepath Hospice. To honor Mike’s memory, let someone who is struggling know they are loved and not alone.                   Mike Willis went to King HS in Tampa then went to Louisiana to work on the oil barges. When he came home, he started his family, got married, had more kids, got remarried and had 2 more. Mike loved his 5 daughters and named them all with boy nicknames. All the girls are four years apart. He used to say grandma cursed him with all girls since he gave her such a fit growing up. Mike’s favorite job was Sunbelt Cranes. He used to say they worked hard but played harder. He was a prankster and used to tell stories of tying plastic rats to chairs and scaring co-workers or putting glue on the toilet seat for the next guy.  They travelled all over the US building bridges, moving huge piping or construction materials, setting up tower cranes.  Mike was proud of being a crane mechanic and one job had him leaving Cape Canaveral on the last day of school and moving a piece of the NASA launch pad to Lompoc CA and returning on the first day of the next year of school. He was stuck in several states waiting on permits. The load was so big they had to go the long way around most places, avoiding bridges and little town roads.  He was in charge of the hydraulics and had to make things work.  After Sunbelt there were other crane companies and Mike always had a great relationship with his coworkers and friends.  He enjoyed working and got the chance to work in Bermuda and Puerto Rico, CA, Texas and GA.  He fell in love with New Mexico and wanted to go back there again. He loved the big rocks and the landscape.  Mike collected rocks everywhere he went. He also loved to find arrowheads and he was good at it too. He was an expect carver and self-taught knife collector and Case Expert. He loved dogs and all animals and fishing and hog hunting (not shooting, catching hogs). When he was younger, he like to catch gators swimming in the water. His favorite trip was to Minnesota where he visited with his lifelong friend John Fagre and went ice fishing and sledding in the freezing cold. He used to say he was a FL Cracker, 7th generation and proud of it. He’d say his kids were 8th generation crackers. Mike didn’t meet strangers, he’d walk right up to someone and start talking to them. After a concert he walked around back of the venue and caught up to John Anderson and walked out with him chatting about fishing. Mike loved concerts, yard sales, flea markets, antique shops, gardens, boating in the Weeki Wachi, fishing in the Gulf. He had many vehicles over the years, but his ’55 pickup was his favorite.  But – if he saw a cheap station wagon he almost couldn’t resist the urge to want to fix it up.  Going to the races was a big part of his life, he loved drag racing but would take the family to the roundy rounds and he enjoyed the demolition derby at the end of the night.  Mike loved westerns and he could watch Marshal Dillon in Gunsmoke 24/7 if you didn’t mind. He also loved all types of music from rock – AC/DC, ZZ Top, Led Zeppelin which he’d play so loud. He also loved Rod Stewart, John Prine, Dwight Yoakum and John Anderson and the oldies, Hank Sr, George Jones, Tom T Hall and Johnny Cash. We will remember Mike when we hear the whistle from Andy Griffith, the blues from Amy Winehouse and the pluck of Prine’s guitar. Mike took his last breath while Seminole Wind played in his ear. He is now at peace and surrounded by angels.

The family of Mr. Robert Michael "Mike" Willis created this Life Tributes page to make it easy to share your memories.

Send flowers to the Willis family.