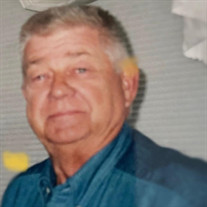 William “Bill” Flink, 88, of Plant City, Florida, born in Jacksonville on November 30, 1932, was called home on August 31, 2021. He was the son of Paul Flink, Sr. and Sarah Rodewolt Flink. At the young age of 3, his mother passed away. He was sent to Bloomington, Illinois and was raised by his aunt, Mary Flink Boll. At age 19, Bill joined the United States Navy and served on the aircraft carriers the USS Lake Champlain, the USS Coral Sea, and the USS Bennington. Bill was proud of his Navy service and of his honorable discharge. He was a Master Electrician and retired from civil service at the Naval Air Station Jacksonville. He was a Captain on the volunteer deputy force with the Charlton County Sheriff’s Office. After our long relationship, this process is painful and revealing and rewarding, all at the same time. We love you everyday. He was a devoted husband of 65 years to his surviving wife, Patsy Mathews Flink; a loving, dedicated father to surviving children, Denise Flink (Sherrie), Beth Flink Tancredo, Virgil Flink (Relo), Steven Flink (Desiree), Chris Flink, and Daryl Flink (Stacey); and loving grandfather to surviving 11 grandchildren and 6 great-grandchildren. He was preceded in death by parents, Paul Flink, Sr. and Sarah Rodewolt Flink; five brothers; and one sister. A graveside service will be held Friday, September 10th at 1:00 pm on at Greenlawn Cemetery, 4300 Beach Blvd, Jacksonville, FL 32207. In lieu of flowers, memorial contributions may be made to the South Florida Baptist Hospital Foundation at sfbhfoundation.org. Expressions of condolence at HopewellFuneral.com.

The family of Mr. William "Bill" Flink created this Life Tributes page to make it easy to share your memories.

Send flowers to the Flink family.