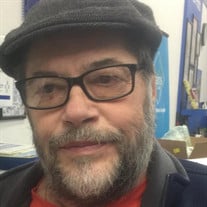 Charles “Mick” Michael Paroda March 14, 1944 – March 29, 2021 Dr. Charles “Mick” Paroda, 77, of Navarre, Florida, passed away peacefully on March 29, 2021. Dr. Charles “Mick” Paroda was born in Brownsville, Pennsylvania on March 14, 1944 to Michael and Anne Paroda. Growing up in Clarksville, PA, Dr Paroda excelled educationally and was a gifted wrestler at Jefferson Morgan High School. After High School, he attended California University of Pennsylvania where he earned a Bachelor of Science in Biology. Following graduation, Dr. Paroda taught biology and coached wrestling at Montgomery Blair HS in Silver Springs, MD. While in Maryland, during a Christmas break, he decided to drive back to his hometown with a group of women he knew from High School who also worked in DC. For the drive home, one of those ladies, a beautiful raven-haired Sharren Nicklos, lost a bet and had to drive with him. This lost bet and a three-hour drive led Dr. Paroda to meet his one true love and the start of a wonderful 52-year marriage. After getting married, Dr. Paroda decided to return to California University of PA for his Master of Science in Genetics. After graduating, his thirst for knowledge did not end as he was granted a PHD in Molecular Genetics from West Virginia University. After graduation, Dr. Paroda was hired for a genetics research program at Colorado University-Denver and later for molecular genetics research at St. Louis University. Never one to stay stagnant, Dr. Paroda became a professor of virology at the West Virginia School of Osteopathic Medicine (WVSOM). While teaching, he decided to accomplish his lifelong goal to be a physician and practice medicine. He applied and was accepted to WVSOM making him the second oldest but most appreciated member of his class. After graduating, Dr. Paroda completed his first year of residency at Cuyahoga Falls Hospital (OH) and his second and third year at United Hospital Center (UHC) in Clarksburg, WV. After residency, Dr. Paroda decided to stay in Clarksburg WV where he made a name for himself as a well-respected Emergency Room (ER) Doctor and Family Physician in the community for 21 years. Even after retirement, his love for medicine called him back and he continued as a part-time ER doctor. After 32 total yrs of service to the Clarksburg and Grafton area, Mick and Sharren moved to the emerald waters and white sand beaches of Navarre, FL. Dr. Paroda lived a life full of love, compassion, and fun. His life accomplishments make obvious, Mick’s love of learning and education. Whether it was reading medical journals, watching the history channel, or being the undisputed ‘home’ Jeopardy champion, he was always thirsting for more. In conversation, he was known for his vast knowledge of obscure facts and was playfully known as our very own Cliff Clavin. Dr. Paroda was also an avid Steeler fan and embodied the essence of a “yinzer” fandom. The game was over in the first quarter if they were playing bad and the game was never assured until the final whistle. He was also passionate about Air Force Football and enjoyed watching WVU football. Dr. Paroda will be forever remembered for his welcoming demeanor and his fantastically distinct laugh. His laugh would assure people knew he was at the party, house, or an event way before he was seen. Even though he enjoyed medicine, history, facts, and sports, his first love and passion were his family. His wife and son always came first, and every career move was to better himself and provide a better life for his family. He was a phenomenal husband and even better father. Dr. Paroda understood what it meant to be married and what was expected of a husband. It was easy to see Sharren was his love and his main priority in life. As a father, he was a role model, a provider, a motivator, an educator, and a supporter of hopes and dreams. He was always willing to provide guidance and motivation not only his son but to anyone who was willing to work to succeed. He wanted what was best for those around him and wanted to help in any way possible. If you ever met Dr. Paroda, his favorite topic of conversation was his son and his accomplishments. He was unabashedly proud and was always delighted to talk about his favorite subject. The only time his son took a back seat is when he was blessed with three grandchildren. From the time Ava, Sophia, and Matthew Jr were born, they became his number one topic of discussion. He was proud and truly excited to see what they would accomplish as adults. He was one-of-a-kind and will be forever missed. Mick is survived by his beloved wife, Sharren; their son, Colonel Matthew Paroda; daughter-in-law, Tara; his grandchildren, Ava, Sophia, and Matthew Jr; brother Jim Paroda (Debbie); his sister, Terri Kurth (Barry); and numerous cousins, nieces, and nephews. A memorial service will be held at a date to be determined. In lieu of flowers, gifts in his memory can be made payable and mailed to the WVSOM Alumni Association, 400 Lee Street North, Lewisburg, WV 24901.

The family of Dr. Charles "Mick" Michael Paroda created this Life Tributes page to make it easy to share your memories.

Send flowers to the Paroda family.